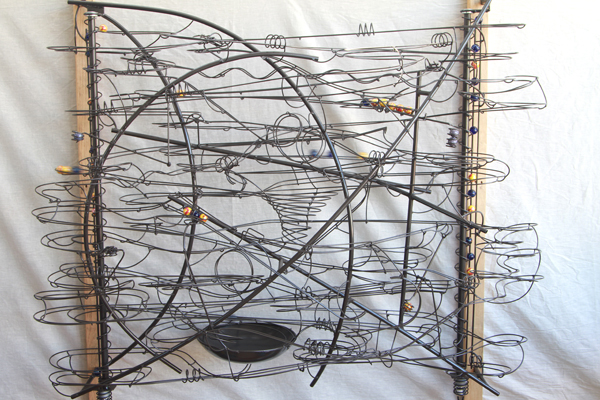 A large sculpture commissioned by a private collector. This sculpture has seven different tracks and features a spiral, double multiple tipping arm, single tipping arm, bowl collector, balls on track, a jump, swinging arm, two counter rotating helical lifts, wavy track, big dipper and two sets of loops. In the centre of the sculpture the double multiple tipping arm releases two sets of three marbles which make their way into a new component called a double spiral - two tracks in and two tracks out. Three marbles from each of the lifts change side and make their way to the other lift every time they pass through the double spiral.