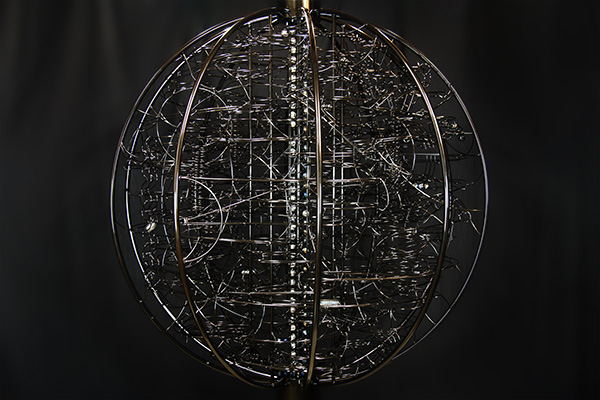 This Sphere Sculpture is the fourth giant rolling ball sphere I've built and comprises of over twelve different tracks paths with two sets of marbles intertwining, but never mixing tracks. Part two shows the Polar Bear marbles through the sculpture, which contains loops, spirals, tipping arms, balls on track and much more. A new contraption collects three marbles from three different tracks and then dumps them on one track after a fourth ball activates the release mechanism. The sphere measures 1.4m in diameter and it's total height is dependent on the clients ceiling height.